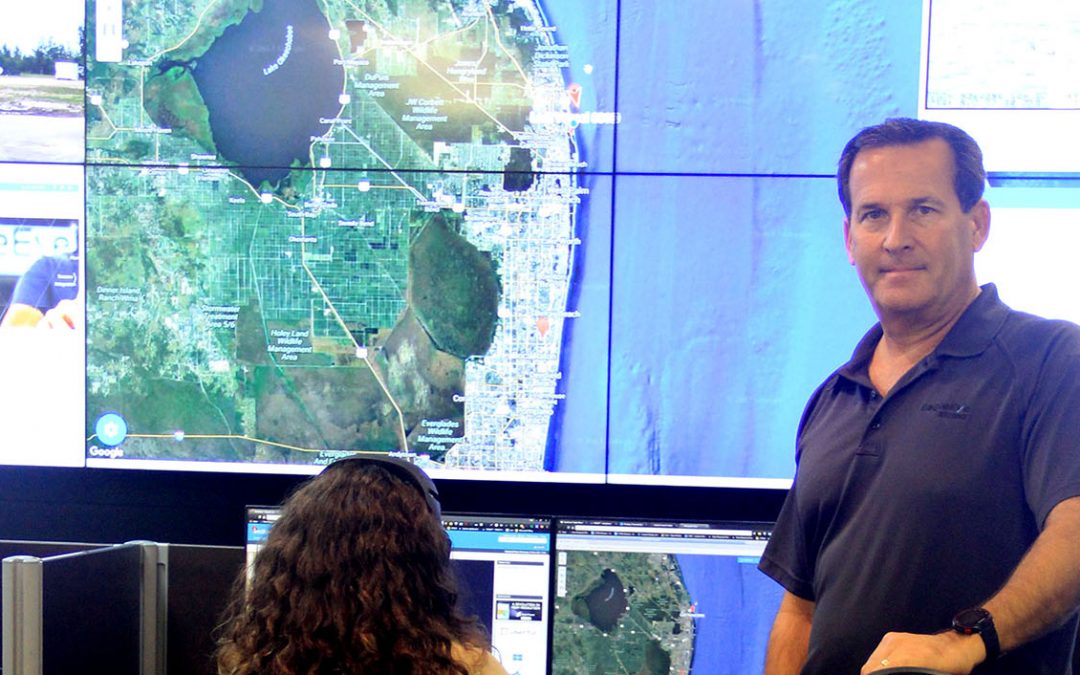 Since launching in 2014, FAU Tech Runway has helped budding entrepreneurs secure more than $46 million in investor funding and generate $23 million in revenue.

“The 52 companies that have graduated from FAU Tech Runway have created nearly 300 new jobs with an average salary of more than $63,000,” said Daniel C. Flynn, Ph.D., FAU’s vice president for research. “We look forward to the continuing launch of cutting-edge companies that will contribute to the economic vitality of FAU and Florida.”

No FAU Tech Runway company has rocketed to success more quickly than EagleEye Intelligence, a game-changer in technology-driven public safety. The company is the brainchild of serial entrepreneur and FAU alum Scott Adams, who was a key advisor during the launch of FAU Tech Runway.

“I needed infrastructure and space, and it was very helpful to be close and involved in some of the early decisions as they unfolded as Tech Runway formed,” Adams said of his decision to launch EagleEye there.

In two years, EagleEye has raised $14 million in venture capital and grown from two employees — Adams and co-founder Rex Ciavola — to 31.

Adams’ vision is to create safer communities by using advanced technology to gather and interpret data from multiple sources — think cameras, sensors, drones and other connected devices and equipment — so law enforcement, military and security officials can make real-time decisions to prevent a crisis or respond to one.

The company aided first responders and other rescue groups in the Florida Keys in the wake of Hurricane Irma, providing a bird’s-eye view of the damage, according to Eric Heatzig, EagleEye’s vice-president of research and development.

A “real-time crime center” component uses artificial intelligence and analytics that can monitor thousands of video cameras. The center is integrated with crime databases to help solve crimes and more.

“When a 911 call comes in saying a child is getting put in the back of a blue Honda and they have a tag number … cameras can track it … and follow it,” Adams said.

Adams said his drive to succeed is fueled by a desire “to apply my talents to do something useful, meaningful and create safer communities using advanced technologies.”

“Our goal is to get our first save. Save someone’s life who otherwise who would not be here without our technology.”