Send in a Drone First 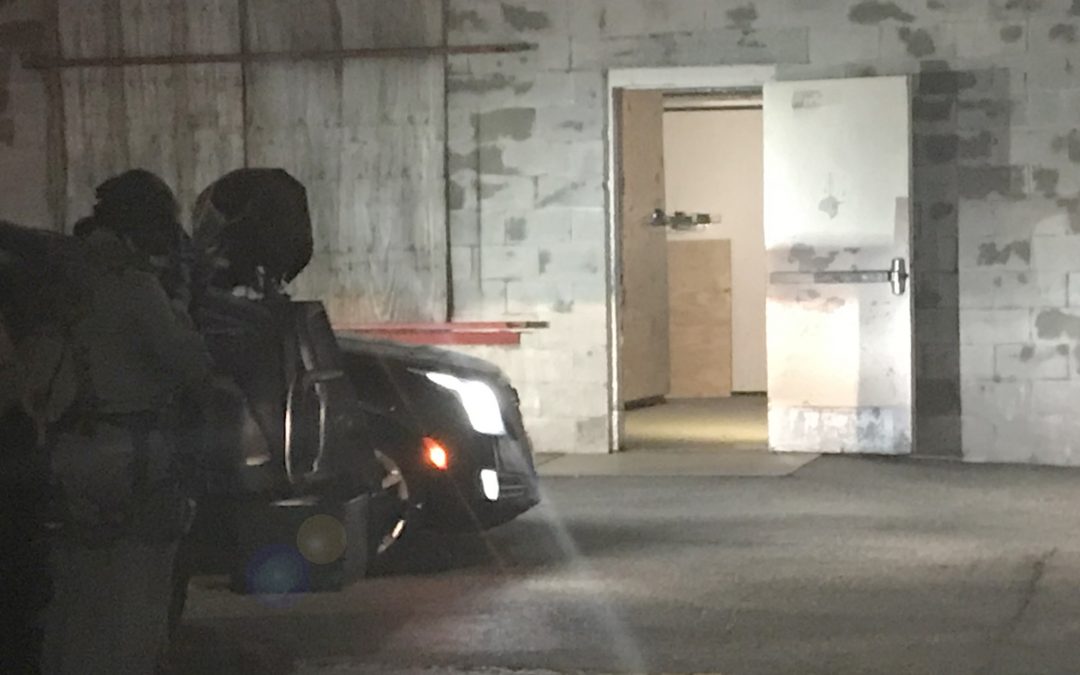 This article isn’t intended to debate dynamic entry vs a deliberate entry or the advantages / disadvantages of either method. I believe each has their place and both methods are well served when used in the right scenario and environment.

When deliberate entry techniques are employed, the use of indoor clearing drones are becoming more realistic and prevalent. These drones range from the inexpensive less capable hobby and commercial-grade drones adapted to perform indoors, to high-end specialized tactical drones. This article will address the advantages of using a specialized tactical drone that was specifically designed to operate indoors and in GPS-denied scenarios for law enforcement and military applications.

This purpose-built indoor SABER™ excels over the closest hobby and commercial-grade competition in the following areas:

Ruggedness – Protecting the propellers was not an afterthought with the SABER™, it was a primary focus during the design. When flying indoors, especially in close quarters, it is nearly impossible to fly without hitting obstacles such as doorways, walls, etc. The design of the SABER™ allows it to hit such obstacles at a slow jogging pace without harming the aircraft or the propellers. In contrast to the SABER™, hobby and commercial-grade aircraft were primarily designed to fly outdoors where propeller protection is an afterthought. Propeller protection for these aircraft are an add-on which will provide limited protection from very minimal impacts.

Video Latency – When life or death decisions are at stake, video latency is crucial. The SABER™ has a specialized video transmission radio utilizing a MIMO (Multiple In Multiple Out) design which allows high bandwidth uncompressed HD video to be sent over multiple antennas at the same time. This results in a 1080p, 60 frames per second video feed with only 27 milliseconds (Near Zero) of latency regardless of signal strength. As the transmitter nears the edge of its range, the video resolution may be reduced, but the latency will remain constant. Typical commercial-grade drone video requires the picture to first be compressed, transmitted, then decompressed prior to being viewed by the pilot. This results in 160ms of latency in optimum operating conditions, but this latency has been observed to be as high as 3 seconds in less than optimum conditions.

Video Field of View – When operating in close quarters, having a wide field of view is crucial so that the pilot can take in as much of the scene as possible in the least amount of time. The SABER™ wide angle lens can take in over 9 times more area of a scene than hobby and commercial-grade drones.

Wrist Worn Monitor – A Team leader can have a significant advantage by having their own wrist worn video screen, also with near zero latency, rather than having to share with the pilot’s hand controller. This allows a significant improvement of command and control by not having to stand next to the pilot and can be positioned anywhere in the stack or in another location to direct the team’s movements.

The ability (if desired) to push the SABER™ video out through our PDP (Portable Deployment Package) to outside viewers such as the SWAT commander, a command vehicle or higher echelon located anywhere in the country.

Flood Light – The SABER™ has a remotely operated 1,000 lumen integrated flood light, which illuminates the full field of view of the camera and allows it to operate in otherwise pitch-black conditions.

SABER™ has a cellular and RF-based, two-way communications option (Plug & Play). Each one has their advantages and the best option for the mission is selected by the team prior to the flight. These will allow a remote operator or negotiator to communicate with the person of interest securely.

As mentioned above, the SABER™ is not a modified general-purpose drone, it operates in a focused building penetrating frequency range, fully encrypted data and video link. In addition, it is designed to not only bump walls, it can and has rammed walls at speed and continues the mission as designed. It has been used to push open doors that were ajar, gaining entry into rooms less capable drones would be denied. The way the camera is mounted, SABER™ can fly up to vehicle windows and hold the camera against them getting a clear view inside while not suffering from glare issues. The same can be done for exterior windows on structures about to be entered such as apartment and high-rise buildings.

In addition, the SABER™ is used to clear the initial breach, whether a simple mechanical breach or an explosive breach. Clearing that first room or hallway at the breach, allowing the team entry through the fatal funnel significantly increases officer safety. From this point, whether the team is holding in that first room and using SABER™ to locate the position of a suspect or deliberately clearing using SABER™ to clear corners, stairwells and other danger areas. Any SWAT officer or military operator will probably agree that clearing a stairwell is one of the more difficult danger areas to clear. If there is a determined armed suspect in that stairwell, especially if unknown to the team clearing, chances are high that a team member will be injured, or worse when that suspect engages the team ascending the stairs. Using SABER™ to clear two levels of floors in that stairwell and then hold while the team advances one level and then repeat until all levels are cleared significantly enhances officer safety.

It is our belief that investment in a drone, designed specifically for the task, rather than adapted to the role is an investment worth making. Too often we have seen the highly automated features of outdoor drones cause the operator problems, the narrow field of view of the cameras means clearing is a slow task, using valuable flight time. Finally, collisions within the building whether deliberate or not result in loss of the drone and loss of the asset and its protection.

In conclusion, no technology will replace a well-trained SWAT team when clearing a structure is needed. However, using SABER™ has shown that officer safety is significantly increased as well as value added when a team is clearing structures.

ABOUT THE AUTHOR:  Jim Aloisi, is a Decorated Combat Veteran with 18 years of Special Operations experience in the U.S. Army Special Forces with multiple combat and overseas deployments, After his military service, Jim served as Military Advisor to the Iraqi Advisory Task Force, then as a Counter Insurgency Advisor in Afghanistan and finally conducting counter intelligence operations in Guatemala. Jim is currently the SWAT and Special Operations Manager for EagleEye Intelligence.