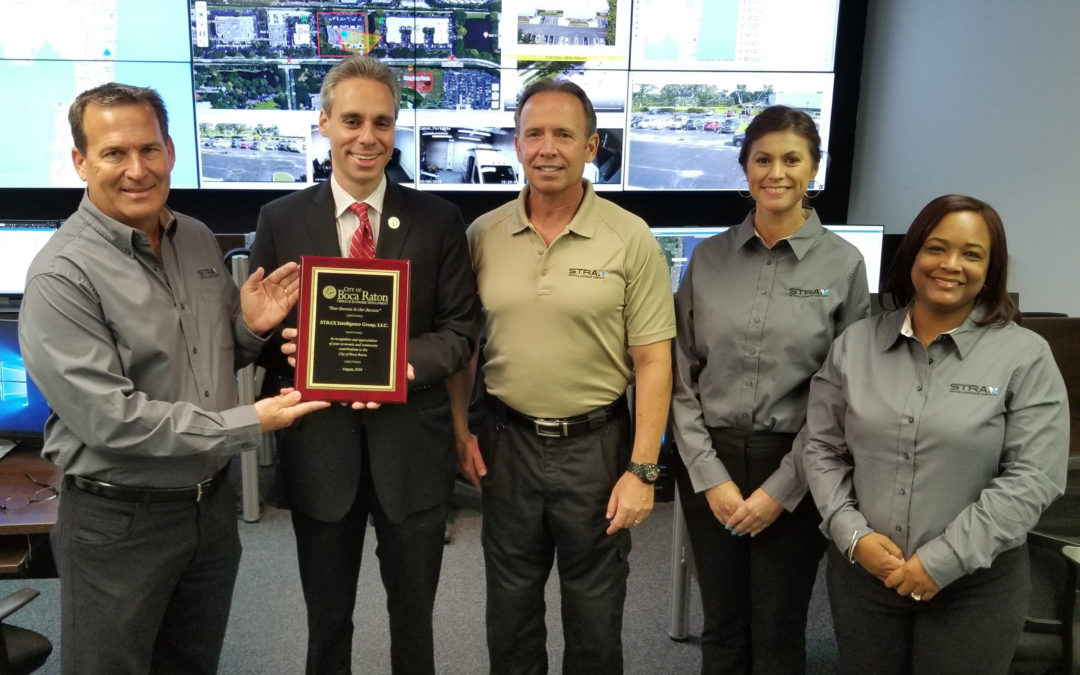 BOCA RATON, FL (August 10, 2018) – The City of Boca Raton Office of Economic Development continued its 2018 “Your Success is Our Success Tour” with a visit to STRAX Intelligence Group, LLC. The “Success Tour” has been established to congratulate and recognize Boca based companies for their economic and community contributions to the City of Boca Raton.Jessica Del Vecchio, Economic Development Manager stated, “When our Office initially launched 3 1/2 years ago, STRAX Intelligence Group was one of the first companies we met with. Their team of three has grown to over 30 and they’re just getting started. Seeing the drones and other equipment first hand was beyond impressive. It was an honor, along with Mayor Singer, to present them with a well-deserved plaque of appreciation.”

Scott Adams added, “I’m privileged to be part of another technology company in the City of Boca Raton. I vividly remember my first venture over 20 years ago, and I’m even more passionate about STRAX Intelligence Group. Our efforts are focused on regional agencies who embrace new technology, and who want to advance their response capabilities as we hone our offerings before scaling the business outside of Florida. We see a future of global opportunity with a strong need for enhanced intelligence and communications that will keep communities safe from ever increasing threats.”