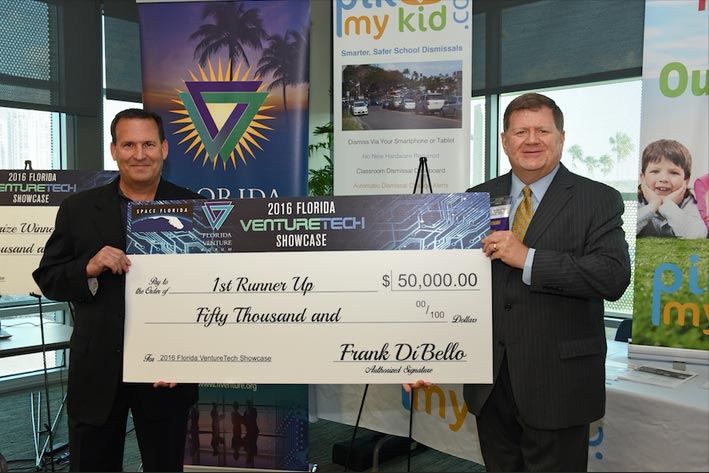 EagleEye, a provider of end-to-end unified intelligence for public safety, took home $50,000 as the first and only runner-up, beating out 12 other Florida companies that competed.

“We decided to enroll in this showcase sort of at the last minute,” said EagleEye CEO Scott Adams, a self-proclaimed lifelong entrepreneur. (Prior to co-founding EagleEye, Adams helped get FAU Research Park startup MobileHelp off the ground. Today, the Adams Center at Florida Atlantic University is named in his honor.)

“It was the first time I’ve ever even applied for a competition in all my 30 years as an entrepreneur. I would’ve liked to win first place, but I’m honored we were chosen for the runner up,” he added.

Adams said the company, founded at the FAU Research Park, will use the cash prize to expand its hardware arsenal, which includes drones and other technological equipment used to provide visibility amid safety emergencies such as missing persons.

VentureTech was hosted by Space Florida and the Florida Venture Forum with the goal of providing entrepreneurs with an avenue for “accessing capital and building strategic relationships with partners and advisors,” cited as major challenges in the industry.